Wednesday is for (Art Rock) Lovers

Posted by Brian G Flores on July 28, 2020
Today we have a couple of videos from veteran art rock bands finding novel ways to broaden their creative horizons in the middle of a pandemic. First up are Wye Oak, the venerable Baltimore duo of Jenn Wasner and Andy Stack now alternately based in Durham, NC, and Marfa, TX. "AEIOU" is the lead single from the forthcoming No Horizon EP, is an elliptical meditation on how language can be simultaneously powerful and impotent, formalistic yet imprecise. The duo collaborates with the Brooklyn Youth Chorus to craft a sound that's inherently Wye Oak, yet utterly unlike any of their previous work. No Horizon is out on Merge Records on Friday.

Next up we have "Violent Sun" from Mancunian electro-pop quartet Everything Everything. Despite having been around nearly as long as Wye Oak, being the recipients of a slew of Mercuy Prize shortlists and Ivor Novello Award nominations, I'll confess that this is a band with which I was not immediately familiar. Sonically chameleonic, they can sound like a less dour version of Doves, a feverish Coldplay-Hot Chip collaboration, or Radiohead trying their hand at a Frightened Rabbit cover, all on the same album. 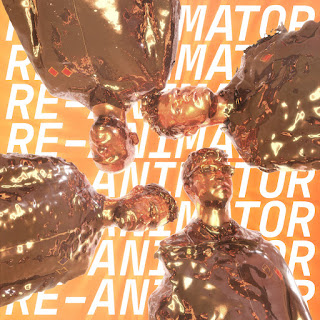 A week into the pandemic lockdown the band learned that their studio storage building burned down. They seized the opportunity to "play" their ruined instruments for this video, an uptempo OK Go-esque ode to holding onto every precious moment against the backdrop of something truly terrible happening. "Violent Sun" is the latest single from their forthcoming fifth album, RE-ANIMATOR, whose release has been pushed to September 11. If you want to check out their DC cred, look at the t-shirt their drummer is sporting in the "Night of the Long Knives" video.
Brooklyn Youth Chorus Everything Everything Jenn Wasner Wye Oak