Posted by Amy Ruddle on January 02, 2017
After a holiday hiatus at Metro Music Scene, we are back in action for the first New Music Monday of the year with auditory awesomeness. As generally indolent folks, we are unable to inspire you to stick to any resolutions you may have made, but we can offer you two country-tinged tunes from veteran artists whose albums are slated for release in early 2017.

First off, we have the apropos “Forces of Decay” by Rogue + Jaye, a moony song about love’s ability to cocoon us away from external negativity. While this pairing is new, singer-songwriters Zach Schwartz (a.k.a. Zach Rogue of Rogue Wave) and Courtney Jaye have each been recording music for over a decade. After first collaborating informally in 2013, Jaye moved to Los Angeles from her home base in Nashville to complete the album. Here’s hoping the rest of the album features the same exquisite harmonies and dreamy acoustics of this track.

Given that Ryan Adams is best known for being both prolific and unconventional, I was surprised that it took a whopping two years for him to release new material, and that it seems unnervingly typical. On first listen, I actually confused this song with “Everybody Knows” from 2007’s Easy Tiger. But in this case, typical is extraordinary. “To Be Without You” is Adams at his best: a crooning, stripped-down, nakedly emotional country ballad. Furthermore, he has described the forthcoming Prisoner as being composed in a broken state as a means to help him keep breathing. Consider yourselves warned, folks—you can expect all the emotional angst of 2000’s Heartbreaker. Since that is the best work of his catalog (pretty much undeniably, but I’m happy to entertain your delusions to the contrary), yours truly is eagerly anticipating the album’s February 17 release (PAX AM/Blue Note Records). 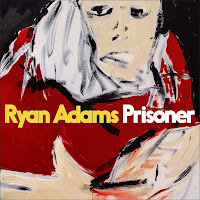 Whether you’re starting 2017 off with or without someone, cheers to knowing you can count on excellent music coming your way this year.
#NewMusicMonday Blue Note Records Courtney Jaye PAX AM Rogue + Jaye Rogue Wave Ryan Adams