This New Music Monday, we bring you the music video for The Shins’ “Dead Alive”, their first single since 2014. This band caught my attention the moment I heard the opening strains of “Caring is Creepy” on my editor’s laptop late one night at my college paper. This tune harkens back to that album (2001’s Oh, Inverted World), with a bounciness and playfulness largely absent from their most recent effort (2012’s Port of Morrow). The song is also evocative of their earlier work in the echoing of James Mercer’s vocals, amping up the song’s spooky factor. Here’s hoping their newest album, slated for early 2017, drops sooner rather than later – and that this song brings your Halloween the right combination of creepy and fun. 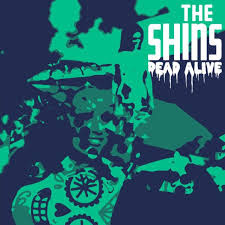