Posted by Brian G Flores on August 16, 2016
Today's edition of #Tubesday features a trio of modern bands with deliberately lo-fi videos. We kick off the festivities with "The Traveller" from Charm City's Beach House. This is less a video than an experimental short film, one that evokes comparisons to Panos Cosmatos' Beyond the Black Rainbow and the films that inspired it - 2001: A Space Odyssey, THX 1138, and the mid-1980s work of Michael Mann.

Next up we have "Annie", the latest video from Texan synthpop band Neon Indian. This video falls in between the blue-eyed Brit soul of Scritti Politti and the Jamaican-inspired surreality of The English Beat. You can catch Neon Indian at the 9:30 Club on October 7.

Finally, we have "Untamed Ocean", the first video from the reunited synth punks Milemarker after a decade-long hiatus. The Chapel Hill post-hardcore outfit are putting out their first full-length album in 11 years. "Untamed Ocean" recreates the gloriously technology-challenged look of early public access television, complete with analog static. The band is kicking off their first tour in 8 years, and will be headlining the Rock & Roll Hotel on August 26. 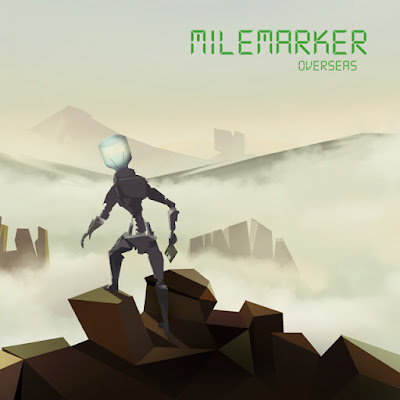