Posted by Amy Ruddle on July 25, 2016
This #NewMusicMonday we’re bringing you songs that are doubly new: fresh tracks from young artists who are up-and-comers in their respective music genres.


There is an ebullience emanating from 19-year-old Pip Blom as she drives aimlessly with her bandmates in the video for her new single “The Hours”. Beneath the cherubic smile is a maturity and a darkness to her lyrics, as well as a talent for melody suggestive of a more experienced musician. This song is beautifully fuzzed out with a gritty guitar riff and an unpolished delivery reminiscent of a Jesus & Mary Chain song covered by Cloud Nothings with a young Liz Phair on vocals. My lo-fi loving heart desires more tracks along these lines in the future. The Amsterdam-native doesn’t have any touring dates this side of the Atlantic, but you can catch this track and her other new single “Truth” on 7” LP out now from Grunt Grunt A Go Go. 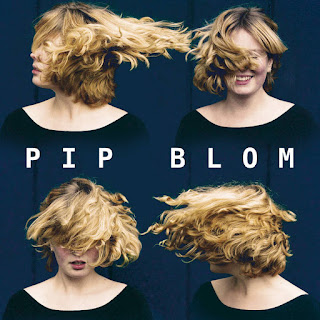 In a very different vein, we have Wyatt Blair’s “Dancing on a Dream”, which initially comes off as a cheeky homage to 80s pop-rock, the video mocking the worst (or possibly best?) characteristics of that era’s overly earnest videos. Digging deeper, this guy is unabashedly in love with this genre, non-ironically proclaiming “Kenny Loggins speaks to me,” in a recent interview. Well, I’m going to be equally forthright about my penchant for ultra-cheesy love ballads, particularly when sung by dudes wearing fingerless biker gloves and desperately pounding on brick walls. Sadly, Blair is an LA-based rocker who is touring only on the west coast this summer, so I won’t get the chance to scream adoringly at his feet from the front row of a show. I’ll have to be content listening to his newest album, Point of No Return, when it drops on August 5 via Burger Records and the Blair-founded Lolipop Records.