Posted by Amy Ruddle on July 04, 2016
Although many are fond of the Fourth of July for the ubiquitous cookouts, fireworks, and concerts, I love it because it's a national holiday celebrating subversion. In that vein, I offer you this trio of tunes for the Independence Day edition of New Music Monday.

First off we have the grungy “4th of July, Philadelphia (SANDY)”, the newest release from Staten Island indie rockers Cymbals Eat Guitars. The song catalogues the band’s antics while on tour this day last year, which include joyriding over someone’s fireworks and getting beaten up for it. Filled with scenes of some not-so-picturesque parts of the titular city, the video aims to be a tongue-in-cheek play on the patriotic images we so often associate with the holiday. The band will be playing DC9 on September 18, touring in support of their forthcoming album Pretty Years (Sinderlyn). 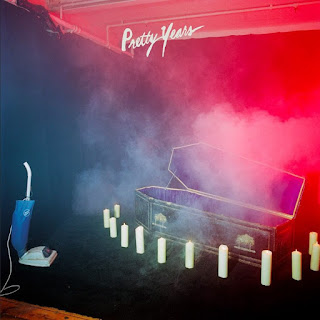 The next selection is Portishead’s first track released in seven years, an austere cover of ABBA’s “SOS” that elicits a completely different feeling than the original. Although the song may seem nonpolitical in nature, the video’s finale has a quote from recently slain refugee advocate and Labour Party MP Jo Cox. Moreover, given that the video was released a day prior to the referendum on UK secession from the EU, the song can be interpreted as a condemnation of the nativist and isolationist undertones of the “Leave” campaign. Regardless of one’s views on “Brexit”, this song is one more example of how music is often utilized as a means of covert political expression.

Lastly, the video for The Strokes’ “Threat of Joy” teases viewers with a snippet of a blistering guitar solo from a completely different song of theirs (“OBLIVIUS”) before launching into the real one. The deceptive intro is the perfect lead-in to an eccentric video featuring a cabal of capitalist pigs attempting – and failing – to suppress a film reel from being shown. (The Man in the High Castle, anyone?) This song and its video accentuate my favorite characteristics of this band: Julian Casablancas’ sardonic delivery, wholly original yet strangely familiar melodies, and a group nonchalance that belies their music’s complexity. Both “Threat of Joy” and “OBLIVIUS” are on their new EP Future Present Past, available now via the Casablancas-founded label Cult Records. 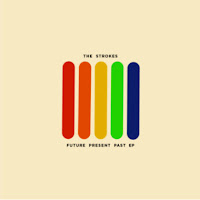