Posted by Amy Ruddle on May 09, 2016
In keeping with today's saturnine landscape, our New Music Monday selections are rainy day songs from two multi-instrumentalists who hail from Virginia. This first clip is comprised of two videos for songs with different tones from dream pop/shoegaze artist Jack Tatum, who performs under the moniker Wild Nothing. “To Know You” is an expansive wall of sound reminiscent of The Jesus and Mary Chain, with a droning alarm that calls to mind the intro to Quincy Jones’ “Ironside”. The solemn dramatics of the first song are juxtaposed with the more upbeat and romantic “TV Queen”, which is tinged with a catchier new wave melody.

The videos for these songs play out like a kind of choose-your-own-adventure book,  with slight differences in perspective and action leading to dramatically different outcomes. When Tatum strokes the hair of the woman in the yellow dress in the first video, it seems almost a mindless, habitual gesture that barely elicits a mute stare from her; in the second video, the stroke leads to an embrace between the pair and fond glance from the woman. Both songs are from Wild Nothing’s latest effort Life of Pause, which came out mid-February from indie label Captured Tracks. You can catch Wild Nothing at the Black Cat this Wednesday, May 11. 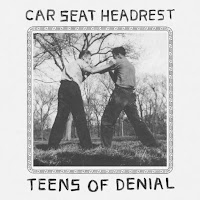 This final video is for “Vincent”, the newest single from 23-year-old Will Toledo and his band Car Seat Headrest. I am eagerly anticipating the May 20 release of his album Teens of Denial from Matador Records, as I can’t get enough of all the distorted guitar and self-reflective angst I’ve heard from him thus far. The song is an indictment on party culture from the perspective of its introverted subject, pointing out the ironies of attending social gatherings with music so loud and partygoers so inebriated that nobody connects on any but the most superficial level. All I can say is that I’m grateful that I came of age prior to the era of ubiquitous camera-phones. Catch Car Seat Headrest on May 23 when they perform at the Black Cat in support of their new release.
#NewMusicMonday Captured Tracks Car Seat Headrest Matador Records The Black Cat Wild Nothing