Posted by Amy Ruddle on May 16, 2016
Uh oh, sounds like somebody's got a case of the Mondays. We've got the cure for that, with two tunes for New Music Monday to help you channel your inner badass and kick out the jams this week. 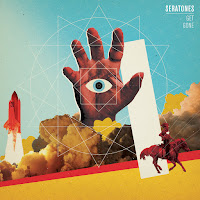 First we have the the Seratones of Shreveport, LA performing the rollicking “Don’t Need It” at South By Southwest. With explosive energy and a voice powerful enough to raise the dead, AJ Haynes is the roux melding punk, rock, and blues elements together into a tasty musical gumbo. Although the band is not slated to play the District in the near future, their debut album Get Gone is now available via Fat Possum Records. 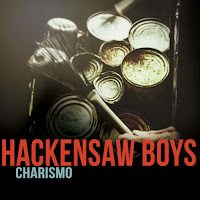 Our second selection is a performance of the lead track from the Hackensaw Boys’ first studio album in close to a decade, played in the studio of their hometown (and my favorite) public radio station. “Don’t Bet Against Me” showcases the band’s lyrical irreverence and gives-zero-figs attitude, which for me elevates them above the typical front porch string band. Their LP Charismo, named after their trademark percussion instrument cobbled together from bits of wood and scrap metal, came out mid-April; catch the band playing at Gypsy Sally’s May 19 in support of it.
Fat Possum Records Gypsy Sally's Hackensaw Boys Seratones