For Throwback Thursday we're time warping (just a jump to the left) all the way back to 1988 and the birth of gangsta rap. The lead single & title track of N.W.A.'s debut album, Straight Outta Compton left no doubt that the group intended to change the face and the sound of hip hop. The group took no prisoners with their stark, unsympathetic lyrics, describing the difficulties of everyday life in one of Los Angeles' poorest and most violent neighborhoods. The group bristled at suggestions that they were glorifying gang violence, insisting that their brand of "reality rap" was a series of musical documentaries. The popularity of album and the group was one of the catalysts in shifting the center of hip hop from New York to the West Coast.

I was spurred to pick this as today's Throwback Thursday video by the latest trailer for the N.W.A. biopic, which unsurprisingly is also called Straight Outta Compton. The movie is scheduled to be released August 14 of this year. To say I'm excited would be a bit of an understatement. 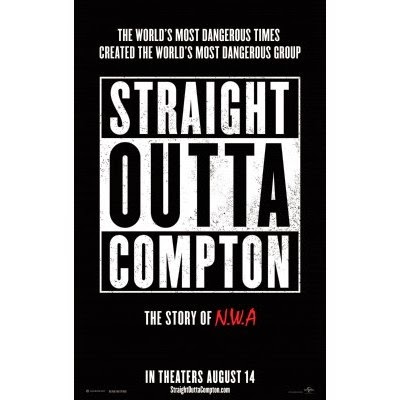