"What we are dealing with here is a perfect engine...It's really a miracle of evolution" - Jaws

The blood is in the water, and we are all prey to the psychedelic garage sound of DC rockers Shark Week. They're readying their debut album, "Beach Fuzz", due May 19th on PaperCup Music. I've listened to a preview of the album, and it's 10 tracks of campy, guitar-driven fun. Frontman Ryan Mitchell and his bandmates simultaneously channel the strutting sexuality of glam rockers like The New York Dolls and the staccato reverb of surf god Dick Dale.

While you'll have to wait to listen to "Beach Fuzz" until next month, you can check out the first single from the album, Why Did I Let You Go?. This song melds the bluesy swagger of Marc Bolan and T. Rex with a post-modern rock feel not unlike The Strokes. Give it a listen, and we'll let you know when it's safe to go back in the water. 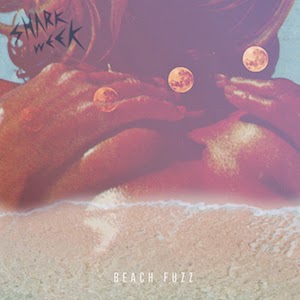