We're cranking the dials of the Wayback Machine to 11 for today's Throwback Thursday Video, landing in 1966 to discover a new single from Britain's Gibb brothers. Spicks and Specks, the second single and title track of the album released in November of 1966, features a harmony adapted from Pachelbel's Canon in D Major.

This tune might be familiar to Walking Deadheads out there, as it was featured at the end of last week's episode, "Forget". 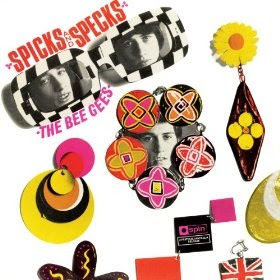