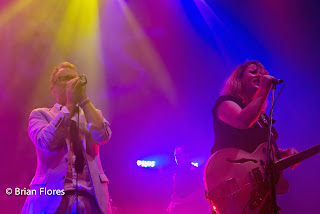 Much has been written about the agony and the irony of Montreal quintet Stars, their penchant for overlaying lyrical fatalism with 80s-inspired dance beats, and their flair for the dramatic on-stage and off. The press release from ATO Records announcing the release date for their latest album, No One Is Lost, included this description of the band's ethos, "[T]his life is very heartbreaking and sad… so let’s get completely fucking arseholed and listen to some Dionne Warwick". Besides being perhaps the funniest line ever drafted in a press release, the sentence aims for the jugular of the staid and masturbatory art of dissemblance that is public relations. No one is lost because we are all lost; the comedy of the human condition exists precisely because of its underlying tragedy. The seeming incongruity of dancing to the lyric, "Put your hands up 'cause everybody dies" is sloughed off like dust in a rain storm by the reflected energy of 1,000-some-odd people seizing that opportunity to be a part of a greater whole for a moment, an hour, a show. 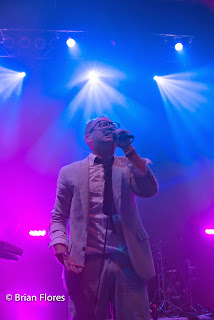 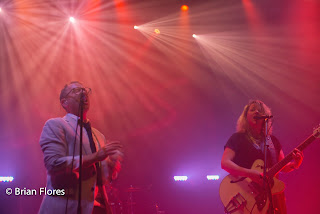 The power of Stars is their unflinching and unfailing faith, in themselves, in the power of their music, and in their fans. Every band thanks the audience for ponying up the cash to see them in concert, but few connect on as deeply an emotional level as this group. It's a phenomenon that defies easy explanation, especially among those who haven't witnessed it first-hand. It's a resonance among the attendees almost morphic in its catholicity. Nobody plumbs the depths of quotidian pathos quite as deftly as Torquil Campbell and Amy Millan. Campbell, in particular, is a whirling, pogoing dervish comprised entirely of raw nerves. He pours all of himself into a convulsively athletic performance that seems borne of a nagging doubt that people would still connect with his music (and by extension, him) nearly 15 years into this project. The range of his live vocals is surprising, his singing unexpectedly stentorian in its blue-eyed soulfulness. 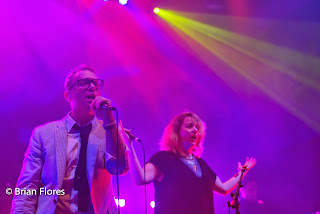 It's not world-weary cynicism or some finely honed sense of post-irony that brings this young-skewing crowd to the 9:30 Club on a wet and blustery Thursday (the 13th, no less). People clapped in unison, jumped and swayed to this paradoxical mélange of lyrics and beats as an exercise in communion, fists raised skyward in defiance of the impermanence of the moment and its joyfulness. It's the same impulse, the same awareness, that has drawn audiences to Hamlet for more than 400 years to hear Gertrude proclaim, "All that lives must die, Passing through nature to eternity". It's the same spirit of camaraderie that has drawn countless to performances of Dylan Thomas' exhortation, "Do not go gentle into that good night". It is, fundamentally, an act of worship, of the belief that our existences have meaning for which we are individually and collectively responsible for crafting, day by day, moment to moment.
9:30 Club ATO Records Stars