Prepare for the Storm - Hurricane Bells at Jammin Java 12/7 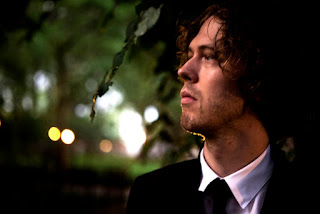 Hurricane Bells is the new project from Steve Schiltz, the lead vocalist of the on-hiatus New York rock outfit Longwave. After a strong debut album and EP, the band gained significant exposure with the inclusion of a song in "The Twilight Saga: New Moon" original soundtrack.

Tides and Tales, the sophomore effort from Hurricane Bells, was released on October 25, brimming with a catchier and more organic sound than Longwave's proggy bombast. Take a look at the video of the first single, "The Ghost of Her", a mid-tempo rocker that's a sonic successor to Roger McGuin's Birds and Alex Chilton's Big Star. Hurricane Bells comes ashore at Vienna's Jammin' Java,  with Vince Scheuerman -- of Army of Me and River James fame -- opening. Door are at 8pm, and tickets are $10.