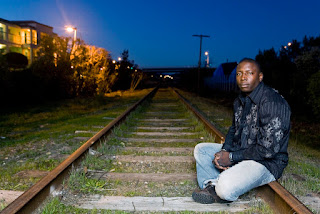 Forget what you read on those Zodiacs in Chinese restaurants - 2011 is the Year of the Donkey. Or Farka, to be exact. Farka was the nickname bestowed upon Ali Ibrahim Touré, the late Grammy-winning Malian vocalist and African fingerstyle guitarist, for his tenacity in being the first of 10 sons to survive past infancy. Over a three-decade career, the elder Touré established himself as the first African bluesman to enjoy widespread popularity not only in Africa but around the world.

This past year marked the culmination of a remarkable run for Vieux Farka Touré, the son who demonstrated his own tenacity when he disregarded his father's discouragement and secretly taught himself to play the guitar. He collaborated with the South African band BLK JKS, played to a worldwide television audience of more than a billion people at the 2010 FIFA World Cup Opening Ceremonies, and released The Secret in May of this year. The Secret, his third studio album, was produced by Soulive guitarist Eric Krasno and featured collaborators as diverse and important as Derek Trucks, Dave Matthews, Ivan Neville and John Scofield. If Ali was "the African John Lee Hooker", Vieux has established himself as an African analogue to Eric Clapton, a virtuosic musician who expands the boundaries of his vision through his choices in producers and collaborators.

Barring any last-minute Irene-induced travel hiccups, Touré will be at the 9:30 Club this Tuesday. Opening for Vieux will be Cheick Hamala Diabate, a West African singer and storyteller and master of the traditional Malian instrument the ngoni. Tickets are $25, and doors open at 7 pm.