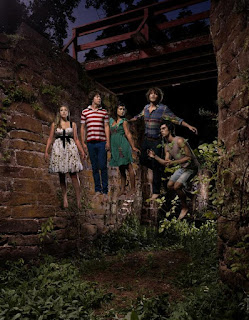 Ra Ra Riot bring their six-piece chamber pop stylings back to DC. Not only was their album The Rhumb Line my favorite debut of 2008, but their show at Baltimore's Ottobar was one of my two favorite concerts of last year. After touring in support of Death Cab for Cutie earlier this year, they've kicked off another headlining tour with opening bands Maps & Atlases and Princeton. Tickets are $15 and they're still available, but I predict this one will sell out.

Photo courtesy of the band and Doron Gild