Posted by Brian G Flores on July 18, 2016
Today we bring you a duo of pseudonymous electronica to kick off the week with #NewMusicMonday. Our first song is "Show Me" from Kristin Kontrol, the solo project and new nom du plume of Kristin Welchez, better known as Dum Dum Girls bandleader Dee Dee Penny. This bluesy slow burner, with its thrumming synth intro and yacht-rock horns, evinces a new sound, style, and identity for its pseudonymous and enigmatic creator. Kristin Kontrol's debut album, X-Communicate, was released in late May on the Sub Pop label.

Kristin will be opening for Garbage, at the request of Shirley Manson, at the Lincoln Theatre on August 3. 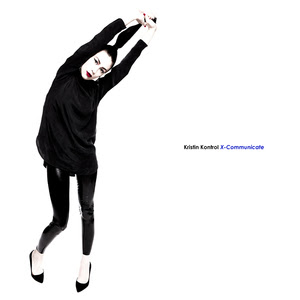 Next up we have "Fever" from Germany's Marius Lauber, who records his nocturnally dreamy electro-pop under the moniker Roosevelt. His music wears its influences plainly, from English New Wave to French electro-pop, but it aims for an emotional resonance beyond its diaphanous sound.

His self-titled debut is expected on August 19th on City Slang/Greco-Roman, and he'll be playing DC9 on September 29.