Posted by Brian G Flores on June 15, 2016
With a nod to our friends at Listen Local First, and to WAMU for kicking off their Capital Soundtrack project, MetroMusicScene is going to make a more concerted effort to cover local artists, records, and album release gigs. We keep track of gigs we'd like to attend via our Google calendar, and local artists are encouraged to submit gigs to us, either through sites like SceneSquid or by sending a calendar invite to blog [at] metromusicscene [dot] com.

Even though he's moved on to the greener pastures of Nashville and found the love of his life, we still consider Adrian Krygowski one of our own. His punk-tempo, Elephant 6-inflected take on folk and Americana is as potent as ever, his sound more fleshed out by his wife Meredith, a talented singer and violinist in her own right. Their blended vocals and instruments recall the nuovo retro swing of the Squirrel Nut Zippers. You can check out a sample of their sound, courtesy of the American Roots Sessions below, and catch them playing a free show this Friday at Adams Morgan's Roofers Union.


The Galaxy Electric bills their music as a soundtrack for space exploration, and it's not a stretch to see why. Their take on organ-driven psychedelia recalls the space and breath of Portishead and the whimsy of Os Mutantes. This plaintive cut, from their forthcoming Everything is Light and Sound, sounds like it could be the flip side of the coin of Bowie's "Space Oddity", with Major Tom's wife exhorting him to return to her. They'll be playing their album release show at Songbyrd this Saturday. 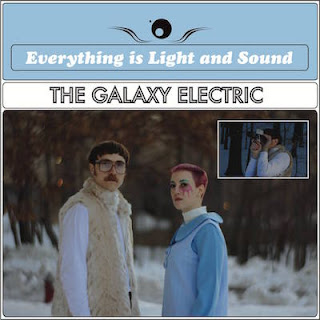