Posted by Amy Ruddle on May 03, 2016
Today’s installation of Tubesday brings you tunes featuring twin artists – Jenny Lewis and the Watson Twins; Good Graeff; and Tegan and Sara – all of whom will be visiting the District in the near future. 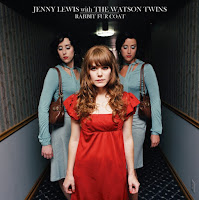 I adore the video for “Rise Up With Fists!!” from the album Rabbit Fur Coat, Jenny Lewis’ collaboration with the Watson Twins. The album is a surface-deep exploration of soulful country, and this video’s obvious spoof of Hee Haw seems a perfect fit. According to my mom I used to dance in my diapers to that show, and I admittedly can’t help but sway along to this song as an adult. Jenny Lewis and the Watson Twins are currently touring in support of the 10th anniversary of the album’s release, and tickets are still available for their September 18th show at the Lincoln Theatre.

The next pick is “I Want That”, a bright splash of indie pop with a summery beat from twins Brooke and Brit of Good Graeff. Brooke’s voice has a borderline angelic sweetness to it, making this video of the sisters performing kindnesses big and small feel genuine, not trite. Adding to the adorability factor of the video is that it features their beloved tour van Roosevelt (named after Eleanor), who I understand died shortly after the video’s creation. Have no fear, she was quickly resurrected via donations to a Kickstarter campaign, enabling Good Graeff to roll through Washington, D.C. on May 11 with a stop at DC9. 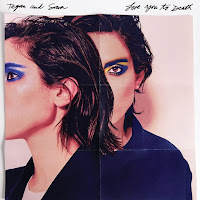 This last video is for "Boyfriend" by Tegan and Sara, from their album Love You To Death, expected in early June. This song is yacht rock for the dance club, continuing in a similar vein to their 2013 release Heartthrob. The sisters caught some flack for their newer efforts departing stylistically from their earlier work, but I would argue that they stay true to themselves via the song’s subject matter – encouraging people to be comfortable expressing their sexuality. The incongruity of the lyrics, describing the discomfort of being someone’s secret side-item, with the inconsequentially cheery music, shows the duo exploring new soundscapes as they mature both as individuals and as a duo. Tegan and Sara will be touring Washington, DC in support of their album in November with a visit to the 9:30 Club.