Posted by Amy Ruddle on May 19, 2016
Longtime favorite Nada Surf will be playing the 9:30 Club on June 1 in support of their latest effort, You Know Who You Are, out now on Barsuk Records. I knew I had to post a Throwback Thursday Video for my favorite song of theirs, “Whose Authority”, from their 2008 album Lucky. 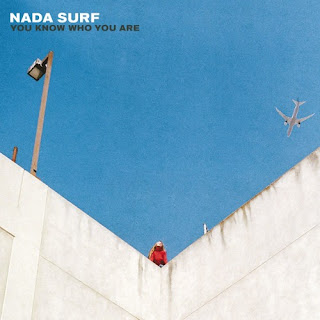 Although the band had been on my radar for nearly a decade, it wasn’t until I was driving to work for a loathsome boss and this song blasted from my car radio that their music struck a chord. The percussive yet melodic wall of sound, it’s the perfect middle finger to obligations and a good reminder that you're the real captain of your life when you're feeling unmoored. The video is a perfect distillation of that, a day in the life of the unofficial mascot of anarchic iconoclasts everywhere – the bicycle messenger.

This next throwback selection came to mind because Nada Surf did an inspired rendition of the song, and also because I felt your psychic feedback telling me, “What this blog really needs is more falcon.” We listened. You’re welcome.

If you don’t already appreciate “If You Leave” by British New Wave titans Orchestral Manoeuvres in the Dark, perhaps you’ll be impressed by the fact that they wrote and recorded this worldwide hit in less than a day. The backstory of the song involves the late renowned director John Hughes, who was a fan of the band. He asked them to record a song for the film Pretty In Pink, which they did. When test groups didn’t like the film’s original ending, in which Andie chooses her friend Duckie over preppy-douche posterboy Blane*, Hughes needed a new song to better fit the rewrite – and "If You Leave" was hastily conceived and thrown together. As serendipity would have it, OMD will also be in the area in the near future, playing June 15 at Wolf Trap.

* Editor's note - It's been 30 years since they changed that ending, and I'm still crushed. #TeamDuckie FTW!