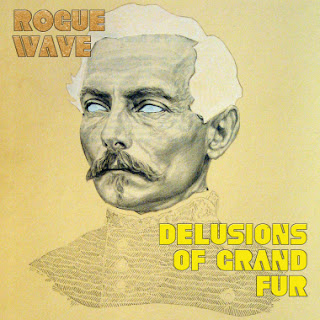 Tuesday night brings a shimmering double dose of chamber-y pop to the Black Cat with Rogue Wave and Hey Marseilles. The Wave, as I (and probably nobody else) call them, are touring in support of Delusions of Grand Fur, their new LP. This is a band that's survived its share of tragedy, from the death of former bassist Evan Farrell to longtime drummer Pat Spurgeon's battle with kidney disease. Despite, or perhaps because of this history, Rogue Wave continues to make sunny-sounding music with a dark, often humorous edge, punctuated by vocalist Zach Rogue's silken rasp. Here we have a live performance of "California Bride", the latest single from the album.

Opening for Rogue Wave will be Hey Marseilles, the chamber folk outfit from Seattle. They're also touring in support of a new album, their third, an eponymous release that came out in February. Hey Marseilles combine the twee pop of the Decemberists with the longing and immediacy of Clap Your Hands Say Yeah. They first came to my attention in 2010 with the handclap and string-laden "Rio", the first of the videos below. The second video, "Eyes On You", shows the band's sound crystallizing into a more straightforward, and less twee, pop aesthetic.