First up we have "Wood" from Rostam, the long-percolating single that took roughly 4.5 years from its first appearance to be formally released as a single. The song shares much of the DNA that made Rostam a fixture in experimental pop over the last decade, as a member of Dirty Projectors, Vampire Weekend, and Discovery (with Ra Ra Riot's Wes Miles). 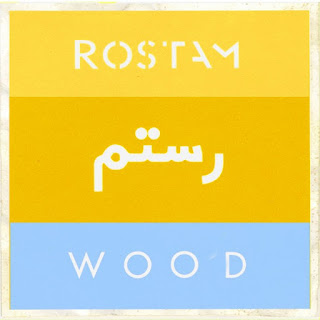 Next up is the beautifully animated "A Little Time Off Ahead" from area folk mainstays Vandaveer. Former These United States and Apparitions member Mark Charles Heidinger found his calling in the intimate, pithy, often darkly observant turn of phrase employed by his musical alter ego. You can check out our 2014 interview with him here. Vandaveer will be playing this Sunday at Gypsy Sally's.


Finally, we have the unusual and touching video for "It Hurts Until It Doesn't" by Athens folksters Mothers. Originally a solo project of visual artist Kristine Leschper, the band is now a quartet with a more fully developed sound. The video is a tribute to the singer's missing cat, who disappeared late last year. The lo-fi ethos of the song and video reflect the influence of the seminal Athens-based Elephant 6 collective, whose members included Neutral Milk Hotel, the Apples in Stereo, Elf Power, and of Montreal, among others. Mothers will play a show at DC9 on April 26.