Posted by Amy Ruddle on April 21, 2016
Today’s edition of TBTV features songs from two immensely talented female singer/songwriters, songs that initially felt disconcerting to me, but also viscerally urged me to listen to them so much that I’ve come to revel in their weirdness. Ultimately, I hope these throwback videos resurrect fond memories, encourage a newfound appreciation for these artists, or both. 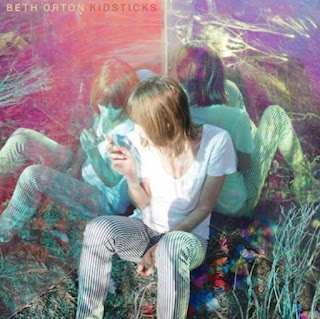 Beth Orton is a musician I don’t listen to consistently. When I do I fall into her works like baby Jessica down the well, emerging each time unscathed and with a little more appreciation for her talents.  My excitement over learning that she will be playing U Street Music Hall on June 11 in support of her forthcoming album, Kidsticks, inspired me to post the video for one of her earliest singles, “She Cries Your Name”. The plaintive wail of strings create a sense of sprawling disturbance that is soon smoothed by the artist’s voice and the synthesizer beeps sounding like an arrhythmic heart rate monitor.  This interplay of discordant and uplifting sounds continues throughout the song, drawing the listener into a sound that's initially jarring but ultimately comforting.


This second video is for “Peach Plum Pear” by Joanna Newsom, an artist whose distinct voice and delivery can make her music polarizing. I am very grateful to a good friend, generally moved more by lyrics than music, who pushed me to give Newsom’s debut album Milk Eyed Mender multiple listens before writing it off (as I initially did).  In this song, her use of polyrhythm sounds almost like a child banging away maniacally at a harpsichord, but it creates a mood that seems more whimsical than grating when combined with her high-pitched voice and rising tone delivery. Moreover, when I learned that Each Peach Pear Plum is an older children’s book where readers are encouraged to find characters hidden within the pictures, all of these elements came together to create a perfect match for the song’s subject matter: the random, sometimes fickle nature of romantic attraction, and the insecurity that oftentimes accompanies hoping for that attraction to be mutual.
#TBTV Beth Orton Joanna Newsom Kidsticks U Street Music Hall