Posted by Brian G Flores on April 29, 2016
Grey day got you Falling Down? Are you ready to kick the stuffing out of The Man Who forecast the weather? Feeling like a piece of Driftwood, hollow and of no use? Are you ready to Sing and get that Good Feeling back? At this point, you're either asking yourself if this intrepid blogger has lost his mind, or you're wondering how many more Travis references I can cram into a single paragraph? Don't worry, I'm about to Peace the F*** Out and play the gaily colored "Magnificent Time" from the band's new album, Everything At Once. The album hit record stores on Wednesday, and is available digitally today. If this video doesn't have you dancing in your living room, maybe you're suffering a Mid-Life Krysis. OK, no more Travis puns. Happy? 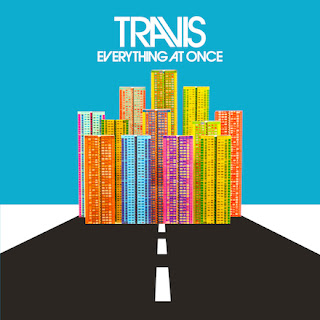 Next up we have "I'm Not Famous", from the New York trio of brothers better known as AJR. The video is a fun and fancifully self-deprecating look at a band on the cusp of musical irony. They've opened for boy bands, rappers, violinists, and former child stars, demonstrating the versatility of their appeal. Public service announcement - as fun as it looks, I would not recommend riding mass transit in long johns.

Since I'm clearly punchy after a long week, we'll wrap this up with a music video unlike any other. YouTube user Insane Cherry has compiled a Frankencover of viral animal videos into an eerily accurate cover of The Pixies "Where Is My Mind". It's bizarre almost to the point of surreality, but it elicited a chuckle.


Here's to the kick-off of what will hopefully be a grand musical weekend for you. Whether you're hitting Kingman Island or Baltimore's Charm City Folk and Bluegrass Festival, enjoy yourselves, be safe, and party like it's 1999.
#FridayNightVideos AJR Everything At Once Insane Cherry The Pixies Travis Where Is My Mind