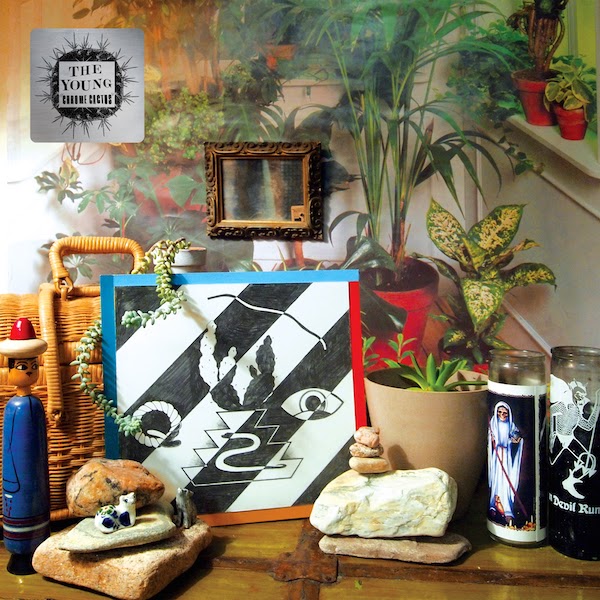 Austin alternative quartet The Young released their sophomore effort Chrome Cactus on Matador Records on August 26th, and now they're bringing their fuzzy, feedback-laden bombast to town for a show at DC9 next Tuesday.

The new album marks a heavier and darker turn for The Young - more Queens of the Stone Age, less Jesus and Mary Chain. Guitarist and vocalist Hans Zimmerman recalls the expressive androgyny of Silversun Pickups' Brian Aubert or Heartless Bastards Erika Wennerstrom, and the album's sound draws from the DNA of both bands. 'Chrome Jamb' opens with a fat-bottomed riff that wouldn't be out of place on the Bastards' The Mountain or on Black Sabbath's Paranoid, and 'Blow the Scum Away' begins with an epic feedback storm unsafe for musical dilettantes or amplified headphones. The album is expertly produced by Dischord alum and former Nation of Ulysses guitarist Tim Green. Chrome Cactus is the album you'd want if you were driving across the desert to Las Vegas in a vintage convertible, an experience steeped in modern debauchery and classic steel.

The Young will light up DC9 like the Brits at Fort McHenry. I suggest you check it out, and I recommend bringing earplugs. Doors open at 8:30, the show begins at 9, and tickets are $10. Check out the video for their single 'Metal Flake'.