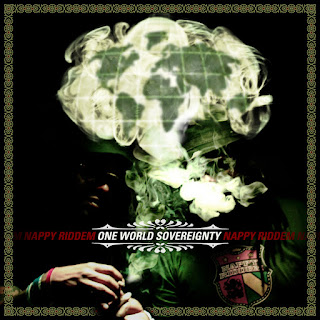 MMS readers, are you ready to lace up your dancing shoes once again? You won't want to miss this. Red Riddem and Mustafa Akbar, better known as Nappy Riddem, will liberate you from your Labor Day doldrums this weekend with a blistering set of their explosive Afro-Caribbean dance music at the U Street Music Hall. After performing and touring with Thunderball and the legendary Fort Knox Five, Red and Mustafa are preparing the release of Nappy Riddem's debut album, One World Sovereignty, and they're having an album pre-release party to celebrate.
This Sunday night U Hall Labor Day Blowout will feature the DC debut of VibeSquaD, the beloved Colorado bass music impresario, Unspoken Heard, and a DJ set by the Fort Knox Five.
Doors open at 9pm, and the tickets are $10. Mount up, liberators, and prepare to dance into the night.
Nappy Riddem - Rastar (MP3)
Fort Knox Five Mustafa Akbar Nappy Riddem One World Sovereignty Rex Riddem U Street Music Hall Unspoken Heard VibeSquaD