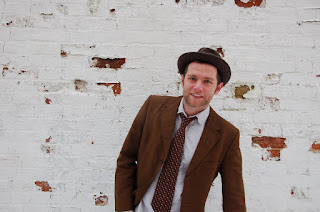 "He's the happiest sad guy you'll ever meet", or at least that's how David Ford's publicist described him to me in an email.  That's saying quite a bit, given a) David has quite a lot of competition as a sad guy in his native England, and b) I've seen both Bob Mould & The Magnetic Fields' Stephin Merritt in concert. 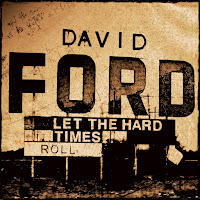 After listening to an advance of his new album, Let the Hard Times Roll, I have to agree with his publicist on a couple of accounts - he is an exuberantly sad guy, and his new album is gorgeous.  His downtempo numbers come across as living at the intersection of David Gray's British soul and Damien Rice's quietly desperate introspection.  Let the Hard Times Roll is available electronically via iTunes or Amazon's MP3 store, although the physical media purists among you will have to catch him live or wait until April 20th.  David had said in the past that Philly is his favorite place to play in the US.  Come on out to Iota on Sunday at 8:30 to show him otherwise.  The show starts at 8:30, and the cover is $12.