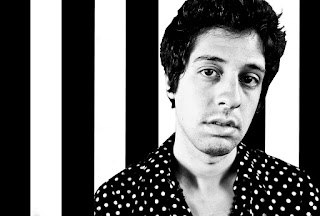 Adam Green, the prolific singer-songwriter who founded the anti-folk group The Moldy Peaches with Kimya Dawson, is on the road again in support of his forthcoming album Minor Love.  He'll be opening up for The Cribs at the 9:30 Club this Tuesday, January 19, at 7:00 pm.  The Cribs, as you may know, welcomed as their newest member a certain guitarist best known for his stints in The Smiths and Modest Mouse.

The new album, Adam's sixth since the Peaches dissolved, will be released on February 16 on Fat Possum Records.  Minor Love reveals a more serious and grown-up side to Adam, featuring 14 tracks of 60s & 70s-inflected folk-rock.  His effortless baritone, reminiscent of Lou Reed and The National's Matt Berninger, has never sounded better than on these tracks produced by longtime collaborator Noah Georgeson (Devendra Banhart, Little Joy).  Check out a sample track from the record, the silky What Makes Him Act So Bad.  It will make you cooler.

MP3: What Makes Him Act So Bad? - Adam Green